At the same time, we know that girls progress in high school, their interest in STEM decreases. Sixty percent of girls interested in STEM as ninth graders will not stay on this career path until they graduate from high school. Additionally, black and Hispanic students leave their STEM major in college at a higher rate than white students: 37% of Hispanic students leave STEM degrees, 40% for students of color, and 29% of white students. One of the reasons for this decline, according to product engineer Caitlin Kalinowski, is a lack of mentoring and guidance in STEM fields of study.

At Facebook, the Caitlin team is responsible for the design and integration of the Oculus Quest, Oculus Go, and Oculus Rift S products, as well as the Oculus Link cable. Prior to her current role, she led the mechanical engineering team that shipped the original Oculus Rift and Touch controllers. Source: Facebook

“Mentoring is integral to increasing minority interests and success. Many of the disparities we see with women and minorities in STEM stem from waning interest over time or concerns about being involved in unfamiliar academic arenas. Formal mentoring programs are important, but the most important thing is to connect with someone and use that to guide the mentoring relationship, ”says Kalinowski.

Kalinowski believes there are millions of brilliant minds who don’t get the attention and advice they deserve. Much of our future depends on a diverse and successful population of STEM academics and private sector employees who can help solve the most difficult problems of the future, she believes. In order to better serve these groups (women, minorities, members of the LGBTQ + community and other under-represented groups), we need to provide mentors who are like them – who are also part of these groups. As individuals, we tend to flourish best when we have access to role models who are like us, she says. Nichelle Nichols plays Lt. Uhura, communications officer, in ‘Star Trek‘helped influence young women, especially women of color, to join NASA and seek STEM careers.

The importance of mentoring

“Mentoring is a big deal because there is a lot that we don’t formally teach about being in a STEM career in school or in your professional training. What you learn in school is one thing, but what you learn in your job is a whole different matter. It’s hard to buy a book and learn how to build your career, ”says Kalinowski.

Companies should develop formal mentoring programs, advises Kalinowski. However, it’s not just about matching like-minded people. It’s about offering someone who has context. Often times, this person will lead the mentee to understand projects better, and even describe a different way of looking at things, as they may have a higher degree of visibility throughout the organization. In addition, mentors can use their network to make presentations essential to the youth’s development. 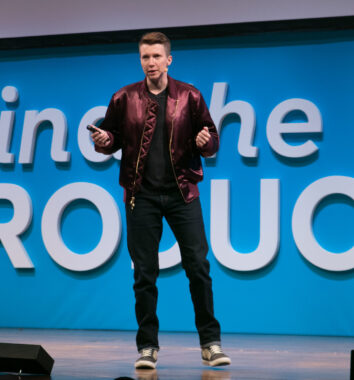 The key, she says, is to make sure the mentors themselves are motivated. It’s often about finding the right people and getting the right levels of engagement. The objectives must be clearly defined. Equally important is that the relationship should be two-way. The days of a lecturer mentor with a “do what I say” attitude no longer works.

“Groups that are under-represented in STEM want a mentor who will see the relationship as a two-way street, where the mentor can learn just as much from the mentee. There has to be an exchange of ideas and many questions have to be asked from both sides, ”says Kalinowski. “The one-way, old-school way of looking at things is outdated and obsolete. The mentor needs to feel that he is getting something out of it too. Both will grow and this benefits the organization and society as well. “

The keys to a successful mentoring program

Universities and the American workforce know that any decline in the number of STEM students will affect all aspects of future society, says Kalinowski. The fewer scientists, technology experts, engineers, and mathematicians with degrees, the greater the negative impact on America’s future development at all levels. Society must continually move forward and the more future women, minorities, members of the LGBQT + community and other under-represented groups can contribute to STEM, the better the societal outcome.

The solution is simple, says Kalinowski. There needs to be more visibility and more accessibility to role models and mentoring programs to generate interest and hence advancement in STEM fields. Failure to do so wastes millions of fresh, young minds hungry for a chance.

“I like being able to help people see things differently and gain new perspectives on themselves and their careers. In our one-on-one meetings, we discuss their challenges, share ideas and look at things from different perspectives. These conversations, in addition to getting to know each other better, are the aspects of mentoring that I enjoy the most, ”says Kalinowski.

Justin Fields had been the Bears’ permanent starting quarterback for less than 24 hours when someone asked him if he understood the gravity of it all. Wednesday was the first stop, but had he stopped to wonder what his life might be like 10 or 15 years from now? “I don’t even know if we’ll […]

Monsanto Company has agreed to plead guilty to 30 environmental offenses related to the use of a pesticide in corn fields in Hawaii, according to information released today by the US Department of Justice and the US Protection Agency of the environment. The agreement is detailed in court documents dropped off today in Hawai’i. The […]

Travel March 15, 2022 11:21 p.m.4 minute read Quarantine-free arrivals from Australia have improved the outlook for New Zealand’s ski industry. Photo / Supplied, NZ SKI Ski operators are delighted with the news of the opening of the borders after a difficult period for snow tourism. The reopening of the border is a silver lining […]