The Hartford Union High School (HUHS) school board approved a motion at its May 9 meeting to proceed with the construction of eight new tennis courts across from the high school. The new courts will be built at the northwest corner of Monroe Avenue and Cedar Street on the site of a former tennis court that is currently unused.

The board approved a contract with JP Cullen to build the courts at a cost not to exceed $750,000. According to information from the district, $45,000 has been donated to the project and it is possible to obtain a grant of $35,000.

During the council discussion, council member Craig Westfall said he had received communications from residents in person about the proposal.

“I didn’t find a single person who spoke to me who was against it,” Westfall said.

Board member Ross Kirley said he has been contacted by residents who don’t have children in the neighborhood about the tennis courts.

“They all said it was important to have tennis courts (and) other facilities. It goes a long way for your community,” Kirley said.

School board president Tracy Hennes said she was contacted by members of the community about the proposal.

“It was great to hear from the public about this project. I haven’t had a single person contact me who wasn’t in favor of tennis courts,” Hennes said.

HUHS student Claire Bingen, who played tennis at HUHS, said it was important to build new courts for the tennis program. Bingen spoke during the public comment portion of the meeting.

“The actual courts that we currently operate are in a pretty rough shape,” Bingen said. She added that it would benefit the community and the college’s tennis program.

Upgrades to the 16 tennis courts – next to the high school and across the street – were proposed as part of an overall upgrade to outdoor sports facilities that were part of a 12 million that was rejected by voters on April 5. 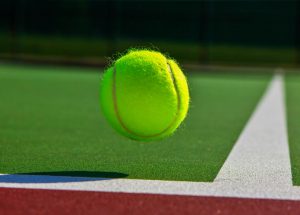 A request for $394,000 from the Searcy Youth Tennis League to rebuild the courts at Berryhill Park was not released on Tuesday as Searcy’s Advertising and Tourism Promotion Commission decided to postpone it until the next meeting. Amanda Watson, who works with the Arkansas Tennis Association as coordinator of the Searcy Youth Tennis League, made […]

Plans for tennis courts submitted for Smallbrook but where’s the rink?