Last summer, the central Israeli town of Be’er Yaakov, located between Ramla in the southeast and Rishon Lezion in the northwest, was finally granted city status.

This August 2021 decision marked the culmination of a 15-year process, which has seen the city’s population triple to almost 30,000. It also marked the next stage of development: Beer Yaakov is expected to see another tripling of the population to around 85,000 to 90,000 over the next decade.

By today’s standards, that would place it just inside Israel’s top 20 cities by population. But the numbers alone don’t paint the whole picture.

Be’er Yaakov was established in 1907 by people from the Caucasus region. According to Mayor Nissim Gozlan, in office since November 2003, the Founders were instrumental in the struggle to establish the State of Israel in 1947-48.

“There were a number of fedayeen [Arab guerrillas] in this area and there have been many battles here between them and the pioneers, the new immigrants who helped establish settlements in pre-state times,” Gozlan told The Times of Israel in a recent interview with his municipal office.

Sign up for free at ToI
Israel Real Estate Newsletter

“Be’er Yaakov finally became a local council after several decades. When I was elected, there were only 7,000 inhabitants in the city. After realizing the untapped potential here, we started establishing new neighborhoods. We initially built two, both of which contained 1,600 residential units. We have also built in Talmei Menashe [a moshav inside the city]. Basically, after long conversations with Rishon Lezion, we acquired an additional 3,200 dunams (320 hectares, 790 acres) from the sale of Tzrifin, the large military base nearby.

Tzrifin was created during the British Mandate period when it was known as Sarafand al-Amar.

“The ‘battle’ for Tzrifin,” the mayor said, waged by the competing interests of Be’er Yaakov, the Israel Lands Authority and the Defense and Finance Ministries for Land, “began in 2004 and ended only in 2017. Since then, we have been able to initiate… [an] agreement with the State… to rapidly increase the supply of residential apartments.

Be’er Yaakov’s skyline provides ample evidence of ongoing construction. Tall cranes and a mix of completed buildings and those with exposed steel struts and bare concrete dot the view. The city plans to build 15,000 residential units as well as more than 2 million square meters of office space for technology and industry workers.

“We are trying to build an economically sound infrastructure,” Gozlan said.

“The city is young and dynamic,” he exclaims. “We now have nearly 30,000 residents and we hope that over the next four years we will more than double that number to 70,000. We are building institutions and attractions, like a country club, another community center , a cultural center and a new large municipal building. We have many plans to carry out. We will also be building a 1,000 seat sports arena… the sky is the limit.

Education is also central to Be’er Yaakov’s advancement plans. The development of the city is geared towards young professionals with children. There are currently 10 elementary schools and at least six more are in the works.

Hannah Szenes High School – named in memory of the Hungarian-Jewish member of the special operations executive who parachuted behind enemy lines in Yugoslavia during World War II, then captured and executed in November 1944 – will serve as an additional school in the region.

“We will be building in several different neighborhoods,” Gozlan said. “It is likely that some 60 to 70 child care centers will also be built in the city.” 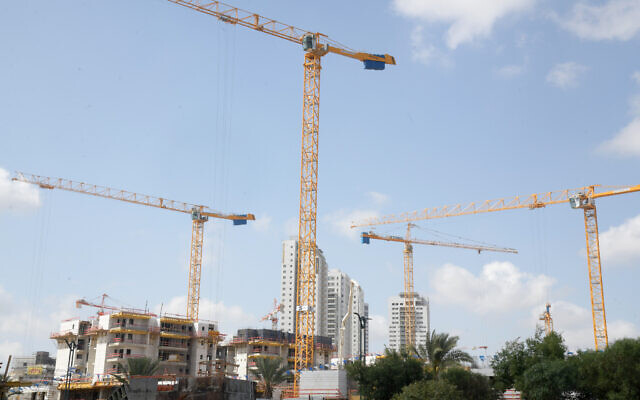 A construction site for new residential buildings in a new neighborhood in Beer Yaakov, March 26, 2020. (Flash90)

One of the most anticipated developments is a project to build a metro system in the city, with work scheduled to begin in 2028. It is expected to serve the local area and end at Ben Gurion International Airport, approximately 25 kilometers. Currently, the existing train ride from Be’er Yaakov to the airport takes about an hour; the new line should cut that time in half.

Additionally, there will be an extension of the Brown Line, a bus route that will serve Rishon Lezion, Be;er Yaakov and Ramla, due to start in 2024. The line is designed to be a complementary network of bus routes for the mass transit system in Tel Aviv.

Gozlan said he is aware of the need to advance these improvements in the most environmentally friendly way possible.

“We are electrifying the railway in an attempt to improve air quality by reducing the use of diesel and coal…as well as noise. Not only will we help protect the planet, but the trains will also be much faster,” he said. 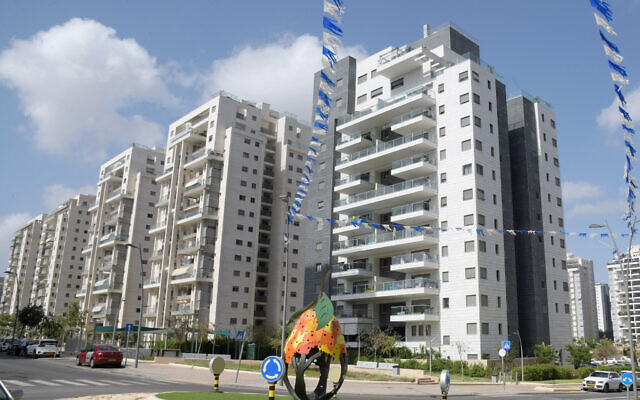 Innovation also plays its part in the new neighborhoods that will soon see the light of day. There will be a smart parking app that will use satellites to determine where there are available parking spaces, he said.

Additionally, the city will become capable of handling hundreds, if not thousands, of delivery drones loaded with food, medicine and other goods up to 10 kilograms (22 pounds), a program the National Drone Initiative hopes to make a reality. over the next decade. or.

One of Be’er Yaakov’s main employers is the MLM division of Israel Aerospace Industries, which assembles the Jericho and Arrow missiles, as well as the Chavit space launcher.

There is also a desire to make the city attractive for the technology sector in order to encourage new investment in the region.

“We are creating a young and dynamic city that is rooted in a warm and supportive community. In my opinion, the connection between residents here is special – and you won’t find it anywhere else in Israel. Even as the city grows, we are committed to maintaining that sense of belonging and community with our residents,” said the mayor.

“Also, if you can afford to buy property now, prices here will only go up,” Gozlan offered.

Meanwhile, developments in the city have helped push prices up in Talmei Menashe, one of the city’s oldest and most self-sustaining neighborhoods, to record the third-highest residential price rise in the country – about 16 % year-on-year nationwide. , according to the Central Bureau of Statistics.

We tell a critical story

Israel is now a much bigger player on the world stage than its size suggests. As a diplomatic correspondent for The Times of Israel, I am well aware that Israel’s security, strategy and national interests are always under scrutiny and have serious implications.

It takes poise, determination, and knowledge to accurately convey the story of Israel, and I come to work every day aiming to do just that.

Financial support from readers like you allows me to travel to witness both the war (I have just returned from a report in Ukraine) and the signing of historic agreements. And it keeps The Times of Israel the place readers around the world turn to for accurate information about Israel’s relationship with the world.

If it’s important to you that independent, factual coverage of Israel’s role in the world exists and thrives, I urge you to support our work. Will you join the Times of Israel community today?

yes i will give

yes i will give

Already a member? Log in to stop seeing this

It’s always overwhelming, the moment you get what you’ve been asking for all along. From Justin Fields’ second draft (a move by Bears general manager Ryan Pace, who won near-universal praise for his situational aggression and recognition that he couldn’t survive with the quarterback room as it was built at the time), we imagined what […]

Construction is expected to begin on 3 UMaine Sports fields on the Orono campus, which include a new softball, field hockey and softball field. According to Ken Ralph, UMaine’s athletic director, the main source of funding for the project came from a $90 million donation from the Harold Alfond Foundation, as well as other additional […]

YOUNGSTOWN — Mr. Gus Fields Davenport, 62, died Friday May 13, 2922 at Hospice House. Gus was born January 28, 1960 in Youngstown, the son of Leroy Sr. and Willie Mae Fields Davenport. He graduated from South High School in 1979 and went to Kansas State University to play football. He […]